This weekend was the 27th annual Happy Apple day, held in my beautiful hometown, Soudan, Minnesota. The coldest place on earth (OK, one of the coldest places. In the continental United States, -60°F, recorded February 2, 1996.) Mr. Bug, Lucy the hound and I stayed at a lovely bed and breakfast, Northern Comfort, in Embarrass, Minnesota. 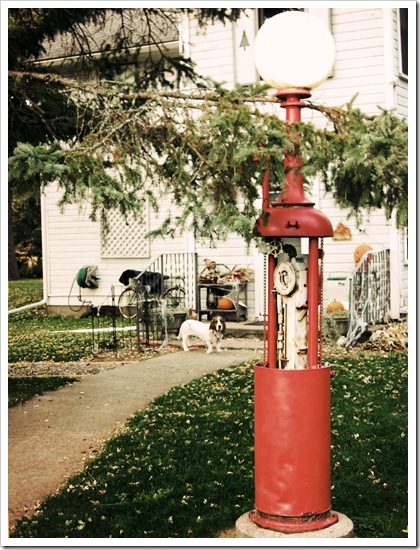 Happy Apple Day is a tradition in our family. The first Happy Apple Day was in 1983. I was 9. My mom was 31. My father had died the year before. Due to a confluence of events, including opening duck season and the Bayfield Apple Festival, my mom and her dear friend Fran decided to gather their three daughters (me, plus Karen and Jenny, ages 7 and 5) together to make three bushels of apples into apple pies. I’m not entirely certain how they managed it, since we continue to have problems getting it done even with our 27 years of experience.

While we were all still in school we’d deliver the pies to old ladies from our church. We’d head out into freezing cold northern Minnesota October nights after a long, long day of rolling and cutting and mixing. We’d take Fran’s big old van that never warmed up. There was lots of freezing rain. And snow. Our mothers made us sing a song that they wrote especially for the occasion (lyrics: we wish you a happy apple day and a fine october… to the tune of we wish you a merry christmas..) It was like trick-or-treating. With elements of torture. These days, we just split the pies up and each take home our share. Sometimes I share with neighbors. Sometimes I just put them all in the freezer.

Over the years, Mom and Fran invited other friends. Sometimes I invited friends. None came for a second year. There’s a long string of half remembered jokes, stories told each year, slightly embellished. Well-meaning interested parties have suggested and sometimes procured apple-peeling tools that never work right – either falling apart or adding a level of efficiency that throws our assembly line pacing off.

We’ve had five weddings (two were my mom’s, one yielded us a new ‘sister’ and two grandkids to help.) There was one funeral (my stepfather.) Three new babies, one nearly hatched new baby, one trip to the emergency room, one terrible error in transposing the amount of sugar and flour needed, yielding over 40 less-sweet and more gummy pies (that was my fault. they will never let me forget.) Every year we are forced to perform amazing feats of mathematics in order to determine how many previous Happy Apple Days there have been. My mom and Fran have started to accuse ‘us girls’ of plotting to put them into nursing homes and use their impending dementia as a get-out-of-Happy-Apple-Day free card.

Last year, we tried to make a pie out of a baby. 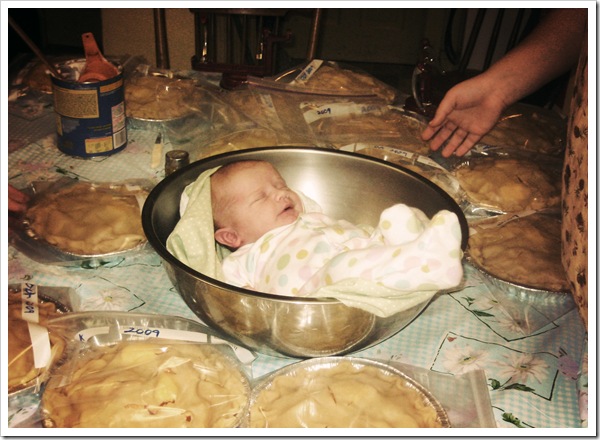 Most years, we make three bushels of apples into pies. That’s around 50 pies a year, 1400 pies total. This year we took it a little slower and only made two bushels into 37 pies. It took the same amount of time. Our bell curve of efficiency is in a downward spiral with our most productive years (the post-college, pre-procreation period) long past. There are babies around again and so far, they aren’t proving very useful. And there are basset hounds. 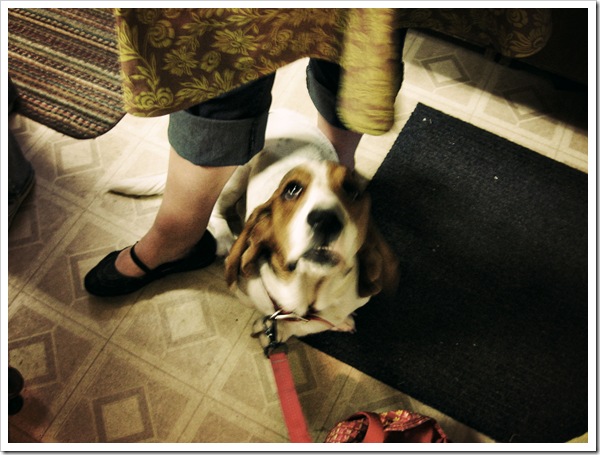 [note the use of my new apron!]

I have seven pies in the kitchen. Seven pies minus one large piece that I just ate, even though truth be told, a lifetime of super-apple-pie production has given me a distaste for apple desserts in general.
It was a good Happy Apple day. We found a bed and breakfast that allows basset hounds. 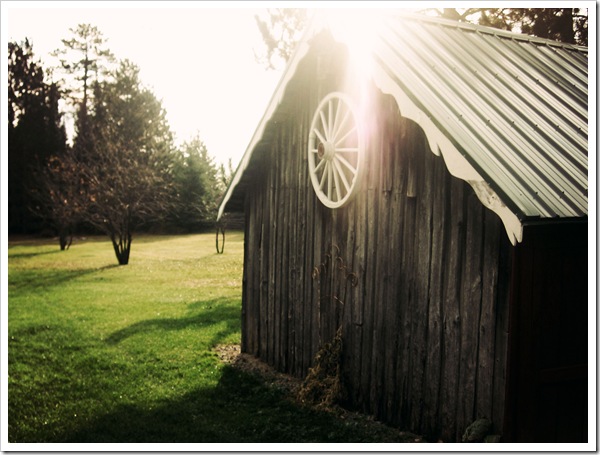 Two nice ladies bought the B&B three years ago. They left the city. They make delicious breakfasts. And soap. In November they’re opening up an antique shop in their barn. 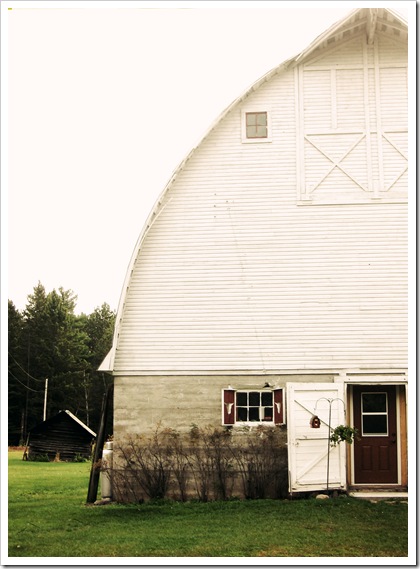 Lucy liked it there. She had six dogs to play with. They all had better manners than her. She would like it if we would obtain a similar B&B for her to live at. 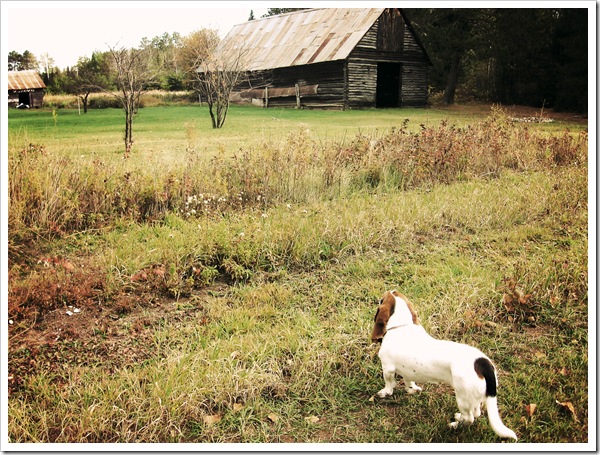 The best part, of course, was the pies! 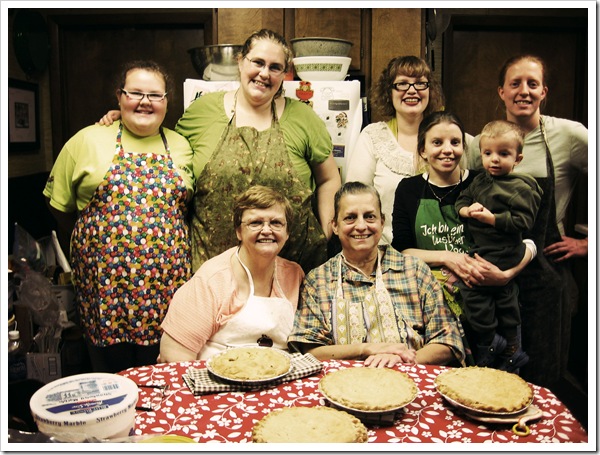