A snow day with mom.

While Mr. Bug spent Saturday and Sunday shoveling our (and total strangers’) cars out of snowbanks, my mom and I amused ourselves by building an army of turtle and tomato pincushions! It was super fun and the final tally was eight tomatoes, four turtles and an apple. And I can report that crushed walnut shells are indeed an excellent filling for pincushions! 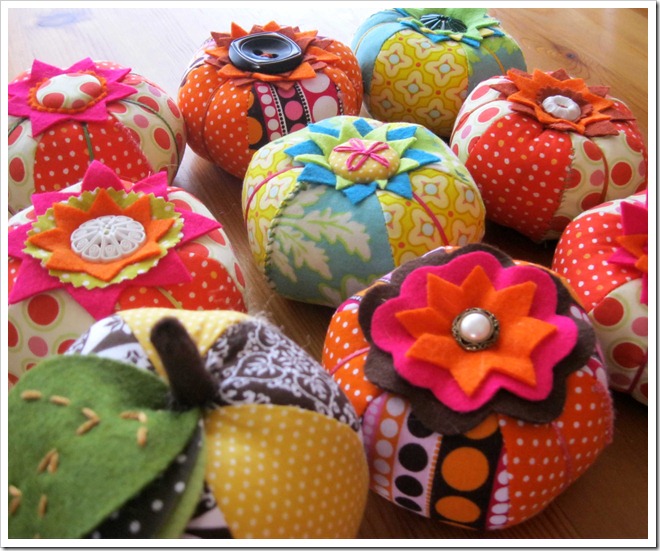 We started out with tomatoes. I already had a handle on the this pattern and thought it’d be a good way to get my mom into the swing of things. Plus, they are very cute as well as functional and provide the best opportunity for having fun with felt and pinking shears! 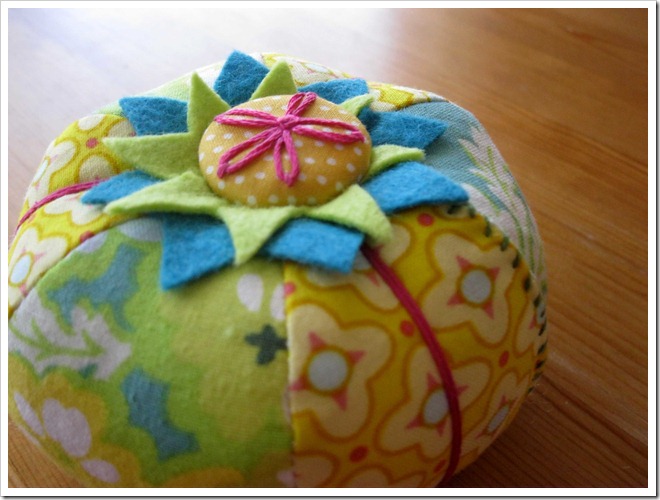 [{above}Heather Bailey fabric to go with the Heather Bailey pattern! I love embroidering the fabric before covering my buttons! And a curved needle comes in super-handy for closing up that last bit of side seam after filling the cushion.] 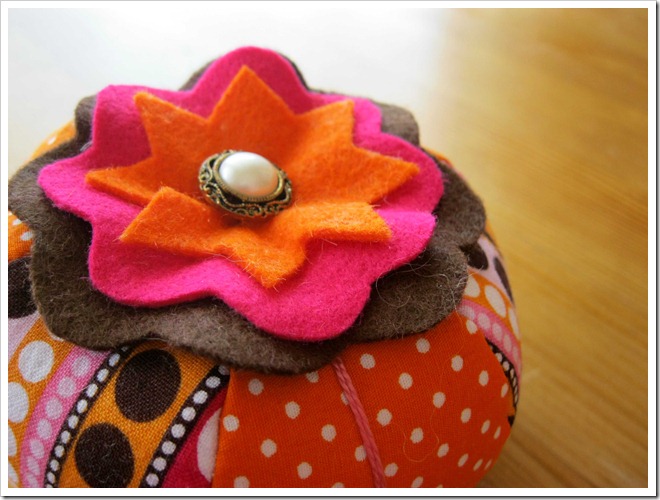 [{above}Orange is my favorite color and the little pearl button is so cute! This was the first cushion I filled with walnut shells – a great filling! It’s very, VERY firm, but still easy to sew through! I filled most of the cushion with the shells, then topped it off with some poly fiber fill.] 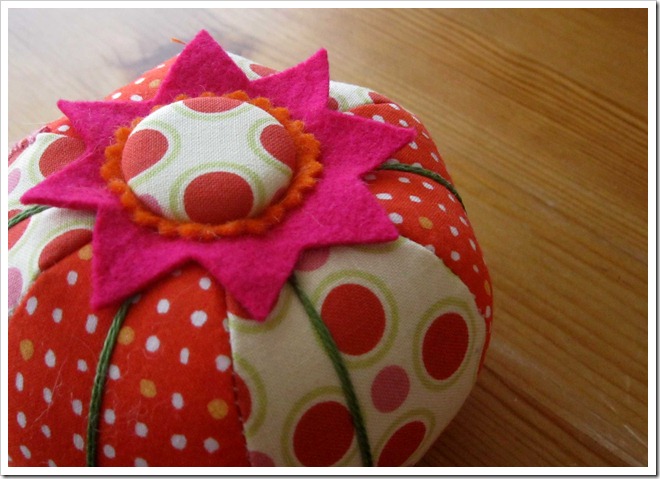 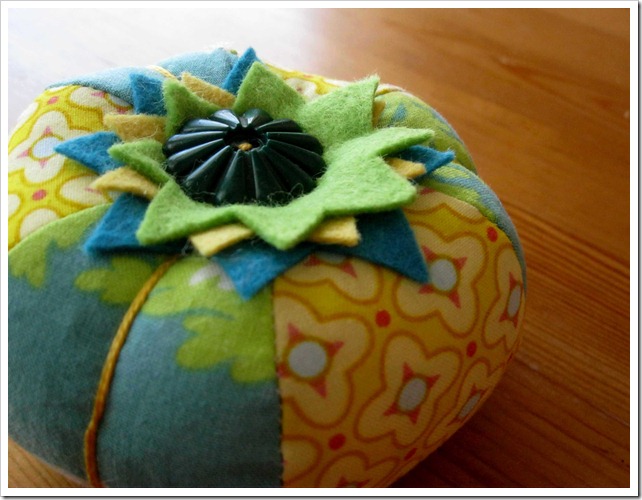 [{above} I grudgingly sacrificed a dark green button from my recent button-buying binge. I like having as many multiples as possible of vintage buttons and I scored a LOT of these dark green buttons in different sizes! Mom really liked this one, though – I think she made a good choice!] 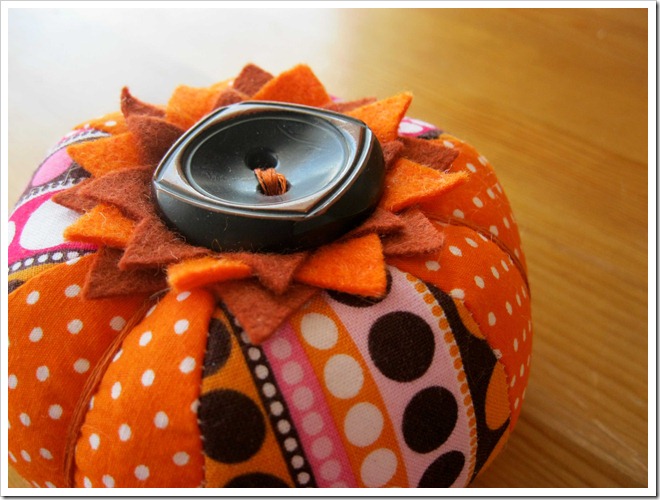 [Mom made this one as a gift and it’s probably my favorite from the day! I love that giant brown button! Very 70’s, don’t you think?]

On Sunday we started on the Henrietta turtle pattern, also from Heather Bailey. These little critters caused a bit of trouble, what with their huge potbellies and little stubby legs and general dislike of getting stuffed (ok that’s bad slang, isn’t it?) They turned out super cute, though. 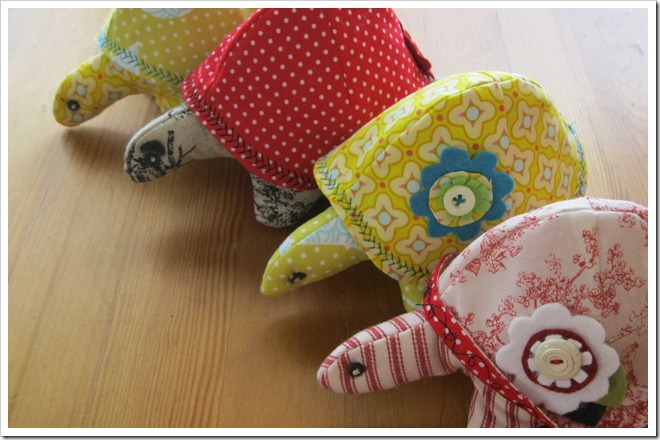 [{above}The red ones are mine and the yellow ones are mom’s. Check out the awesome eyebrows I added to my boy-turtle (the one with the dark red shell, named Tony. Yes. We named them) He looks a bit like Woody Allen, doesn’t he?] 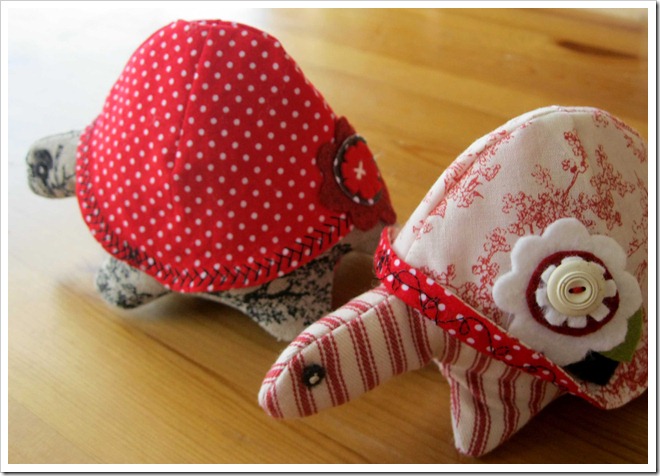 [{above}Tony still got a flower, just on his caboose instead of the girly-location of side of the shell. Mr. Bug named the girl turtle Belle. He also repeatedly announced that he liked my mom’s turtles better, which was, perhaps, not as much of a brownie-point getter with me as he might have expected. Turns out I am an excessively vain turtle-creator and cannot stand competition, even from my mother. I secretly let Lucy the hound lick my mom’s turtles when she wasn’t looking.] 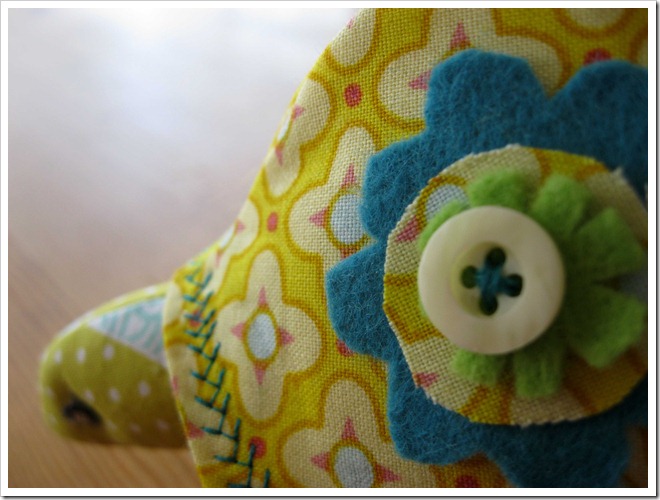 [{above}The little spikey flowers were a pain to cut, but I like how they look! The pattern called for the center of the flowers to be French knots. My mom and I both opted for the less labour-intensive button route. Also, turtle shell topstitching gave me yet another opportunity to use one of the funky stitches on my machine!]

The final Sunday project was finishing up the apple from the fresh-picked pattern that I worked on last week. I was pleasantly surprised – I had thought the apple cushion would be top-heavy and fall over a lot. But it’s quite sturdy and now I sort of want one for myself – this one’s already in the shop as a sample! 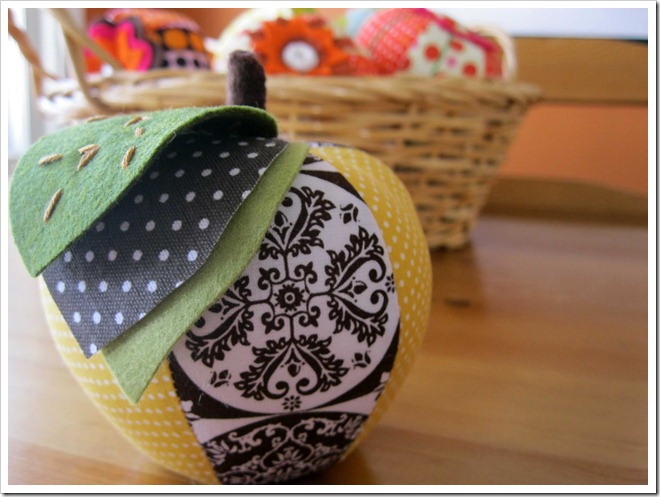 The pincushion factory was a perfect snowbound activity and fun to work on with mom, although it was exceedingly messy! I think I’ll be finding bits of embroidery floss and felt everywhere for the next few months!