Why I do not want wear the pants in the family. Snug Bug goes on field trip to the Mall of America.

Alrighty, jackrabbits. First up, old business. Yes, Lady Katza, I’m planning on doing a quickie how-to on making the sweetheart Sencha. And for those who suggested that I start draping (Andrea? K-Line?) I was sort of thinking of that too – except that I’d have to get a dress form. And then I’d really need to do something to make it more me-shaped than just a plain old dress form. Then I’d have a me-shape, lurking in the guest bedroom, freaking me out during early-morning mouthwash forays. And finally, as to all the wondering why the torture of a thousand muslins, when I already have a perfectly good Parfait pattern that fits… fair point. I will refrain from pointing out all the significant differences and clearly state that the February dress is much, MUCH more close-fitting than the Parfait – nearing corset-style snugness in the bodice area!

I’ll be getting back to the February dress in the next day or two – all the pattern pieces are cut, I just need a few hours to sew. I’ve also been working on a rather extensive thrift-store-cashmere-restyle project as part of the Colette spring palette challenge. There are satin roses involved. It’s very anthropologie-slash-hot-glue-gun-tragedy. You will roll your eyes extensively at the unveiling. Here’s a sneak peek on the sweater-restyle project… 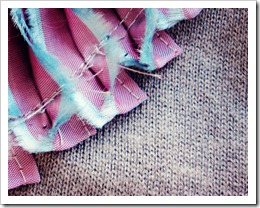 Now for the new business. I’ve been thinking about trousers again. I’ve got five yards of lightweight grey wool asking nicely to be made into something. I thought perhaps it was time to revisit the search for perfectly-fitted trousers. I had quasi-success with my two pairs of cords last fall, although I have to admit that there’s something slightly off with the fit – enough so that I don’t really wear the cords a lot. Although the main reason I don’t wear the cords may be the dearth of footwear in my closet that’s cute, feminine and wearable with wide-legged garments as well as compatible with the 10 feet of snow on the ground in Minneapolis. I feel like a farmer when I wear my knee-high boots UNDER floppy pants, and my only other choices for shoes are 3 pairs of Uggs or pink converse sneaks. The rest of my shoe supply is high heeled or ballerina. What does everyone else wear in the snow? I’m actually considering obtaining a pair of witchy, low-heeled granny boots. 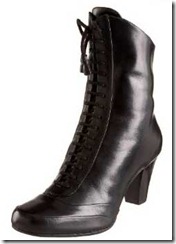 Ah! That brings me back to the Mall of America field trip and the trouble with trousers. The other night I dug through my pattern stash and pulled all the trouser patterns I own that come out of the envelope in my size. I’d really like to start from a pattern, rather than sizing up. That whole crotch length thing is so tricky. I pulled Hot Patterns Razor Sharp Pants and the Plain and Simple Everyday Pants as well as the sure-to-be-a-trainwreck Simplicity 4044 – bought in a pattern binge during a dollar sale at Joanne’s. 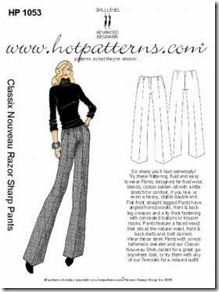 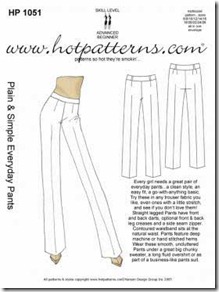 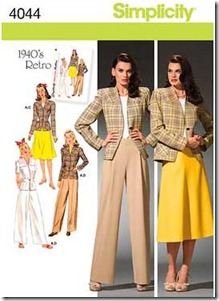 Of course, there are problems with all three patterns. The two Hot Patterns suffer from normal Hot Pattern cuckoo-clock-crazyness. Completely unrealistic envelope drawings, slightly frumpified styles. I’ve heard the fly instructions on the Razor Sharp Pants are unintelligible. The Simplicity pattern is particularly troubling because of the major pleat action. We’ll see. I’ve cut the two Hot Patterns and was planning on just starting in on muslins to see if I even like the style of the trousers.

After much reflection, I decided that it would be best for me to head on out to the mall for a RTW dressing room picture taking binge. I’m not a huge fan of trousers in general – I look much better in skirts and dresses and my favorite cut of jean is headed toward jegging territory in order to accommodate my addiction to knee-high boots. I’ve learned from blogging that I’m better at gauging what works for me based on pictures rather than the mirror.

I went to the Mall of America because it’s only 10 minutes from my house, has every store known to man and I enjoy torturing myself. Seriously. I hate the Mall of America. Once there, I hit Macy’s first – it was a bit of a bust. I tried on a million Jones New York trousers (a previous favorite brand of mine from my working girl days) The quality has definitely gotten chintzier, while the price tag seemed to hover around $100. Good gravy. I also tried on a few Alfani pants – I think the Macy’s store brand? These were more ill fitting than the Jones new York trousers, but there was a bit more variety in the styles.

After Macy’s I went to the mecca of plus-size trouser buying. Lane Bryant. The one at the mall has gotten an odd remodel that breaks to the store up into panic-inducing tiny rooms. Also, they super-stuff the racks, making it impossible to separate a hanger from its siblings. Lane Bryant had a few good options and I was able to find most styles in the special ‘blue’ category – specially fitted for peeps like me with a larger waist to hip ration than most. It was nice to try on new trousers that actually fit around the waist! After Lane Bryant, I checked out Torrid and tried on a pair of trousers that I didn’t even take photos of – they were that horrifying. Then I made a beeline out of there. I’d hoped to find a few more styles than I did – I was pretty constrained to ‘classic trouser’ (aka – mom-jean-styling), my long-time favorite ‘wide leg’ and the supposedly best cut for my body type (I strenuously disagree with that assessment) flared/bootcut style. I got a lot of photos, though. Here’s a lineup of the full-frontal view. I’ve labeled each photo with a pink letter to facilitate name-calling. 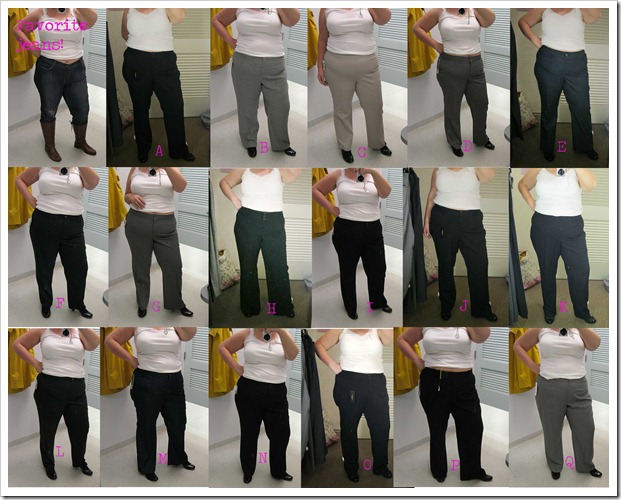 Gurgle. Some of those are very, very bad pants! For anyone wanting to replicate this experiment – the dressing room with the white floor is Macy’s and the trousers are all Jones New York or Alfani. The carpeted dressing room is Lane Bryant. All the trousers are size 20, with the exception of P, which was a 22 I think. Also, P has an odd belt.

I’ll need a few days of analyzing these photos, but as of now, my top three trousers are H, Q then M. Interestingly, these three trousers are the three main styles I tried on. H is high-waisted with a wide leg. Trousers Q are the ‘classic trouser’ which looks a bit tapered on, although the legs look straight when they’re on the hanger. Trousers M are a bit on the flare/bootcut side, and while they’re OK, this style seems to accentuate my bumpy hips in a way that sort of makes me look square. Not so sure about that look!

Here’s a few shots from the side – I didn’t take as many of these photos, and I also didn’t keep track of which is which – so I don’t remember which front view goes with which side view! 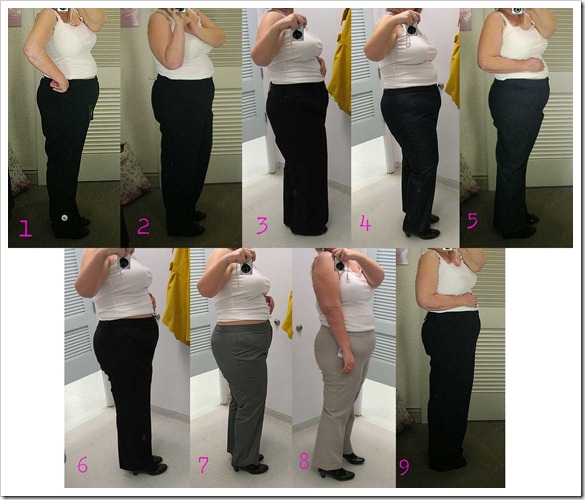 I don’t see as much of a difference between these photos as I do the full-frontal photos. I think #9 is the most flattering. These are the wide-legged trousers. I hate #2 with a deep passion – I think these were a pair of side-zip trousers. And I sort of like the look of #5, which are a pair of slightly boot-cut trousers in a stiff spandex-infused material.

And with that, I will leave you to your deeply disturbed thoughts while I fall into a troubled slumber, quietly obsessing over the perfect amount of flare necessary to balance out my square hips…