I’m a WINNER… also, missing: half a dress; and guess what project’s next?

Greetings meerkats! How’re things at the ranch? Is the ancient war between the Clan of Meerkat and the House of the Prairie Dog still claiming the best young minds of each generation? Give peace a chance, small members of the mongoose family.

Guess what! Remember my post showing my entry in the mini wardrobe contest over at Pattern Review? Well voting is over meerkat friends and I WON!! Can you believe that? I can’t! That was my very first time entering a contest, and there were a lot of really excellent entries. I was particularly smitten with the Slapdash Sewist’s biking wardrobe! If any of you voted for my entry, thank you so much! The official announcement part isn’t posted on the site, but it’s confirmed! 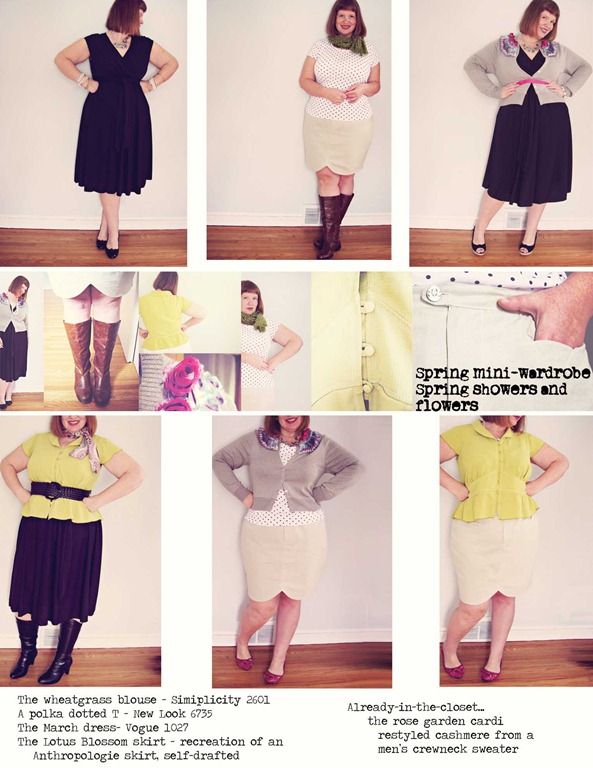 I was a bit nervous about entering the contest. Before I even knew there was such a thing as sewing blogs (can you even imagine??) I went to the interwebs to find some info on a pattern I was working on (Vogue 8623) and ended up at Diary of a Sewing Fanatic. I was so intrigued – all that sewing information! That was also how I found Gertie’s blog for better sewing! Gertie had interviewed Carolyn who made some some interesting points about the bias in the online sewing world against plus sized women winning these sorts of voting contests. I had found my first two sewing blogs (and such awesome ones!) but it took me over a year to enter my first sewing contest and part of the reason was that the interview was stuck in the back of my mind. Le sigh. Of course, most of the reason I didn’t manage to enter a contest before now was my inability to get anything done by a specific date! Nevertheless, let that be a lesson to all you meerkats! The lined jacket contest is running through April 30th…

Missing: one half of a blue polka dot dress

On to my next subject. I have a sewing/restyle puzzle. A friend of mine came over the other night – we wear the same size so we trade clothing occasionally. She brought a funny ebay mishap for me. She got this adorable dress for FOUR DOLLARS! I’d have modeled it, but I need to tack that plunging neckline… 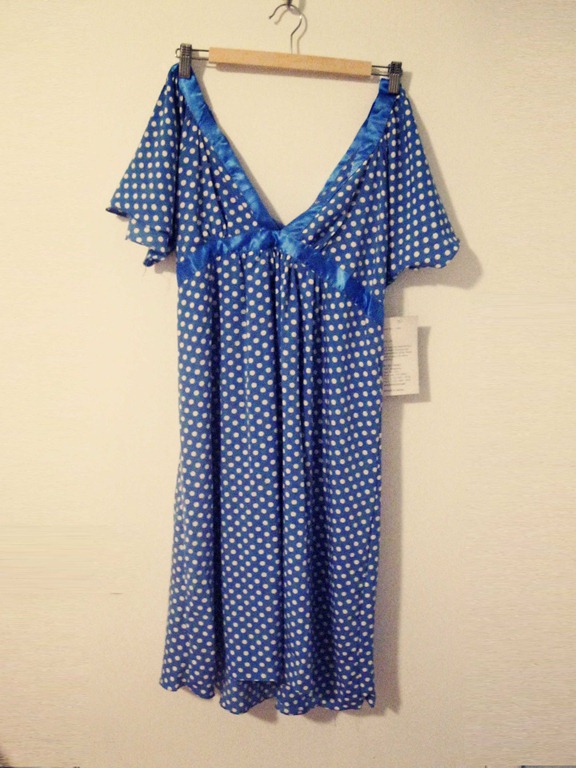 You all know how much I love polka dots! And I like that color blue. Like I said, the neckline in low, but other than that I like the fit. So what’s the problem, you ask? Hmmmmm…. 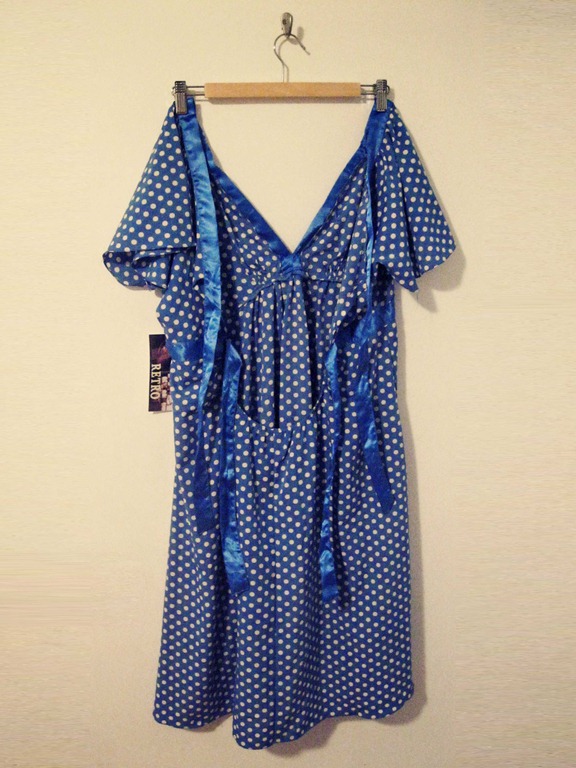 They appear to have forgotten to add the back of the dress. Here’s a shot with the ribbons tied into bows. 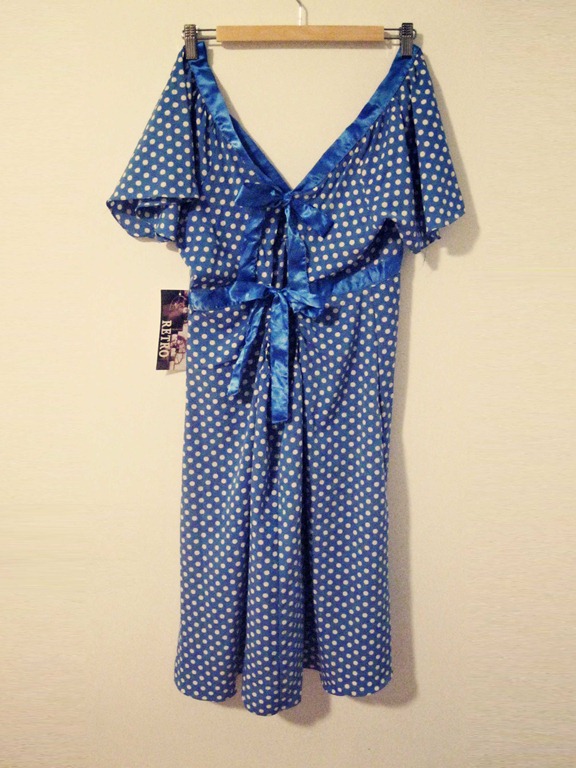 These photos don’t really show the shocking lack of a back. When I put the dress on, my ENTIRE BACK was exposed! A very cute look, if one is able to go without a bra, but that’s just not going to work out for me!

I took the dress – it’s free, cute and a challenge! If nothing else, I could use fabric from the skirt to convert the dress to a shirt, but I really like the dress from the front! So… group think… any suggestions for making this wearable? Right now my favorite idea is to make a slip dress to wear underneath (I’ve been meaning to tackle Colette’s Cinnamon) and then do something to make the back look less strange. If I just stuck a slip underneath, I’d look like I was wearing, well, a slip and half a dress. I thought perhaps doing a corset-style lace up the back could be cute. Other thoughts? Also – is this just a poorly conceived backless dress, or have we stumbled into a dark underground of minnie mouse fetish wear? I’ll leave you meerkittens to ponder that – suggestions are very, very welcome in the comments! 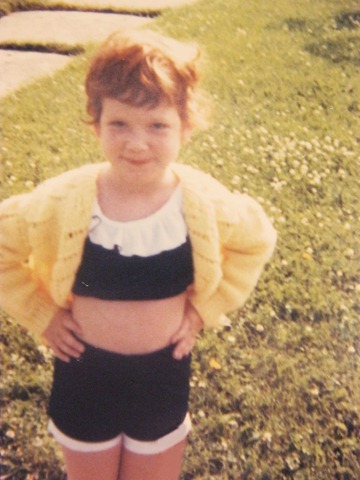 That’s my six-year old self, rocking a completely handmade ensemble, courtesy gramma Pete. It was 1980 and I was sporting the latest in navy polyester and yellow acrylic yarn. Note my life-long reliance on the super hero pose! My grandmother was a triple threat – sewist, knitter and chainsmoker. I learned everything I know from her. I’ve managed to forget the whole smoking part.