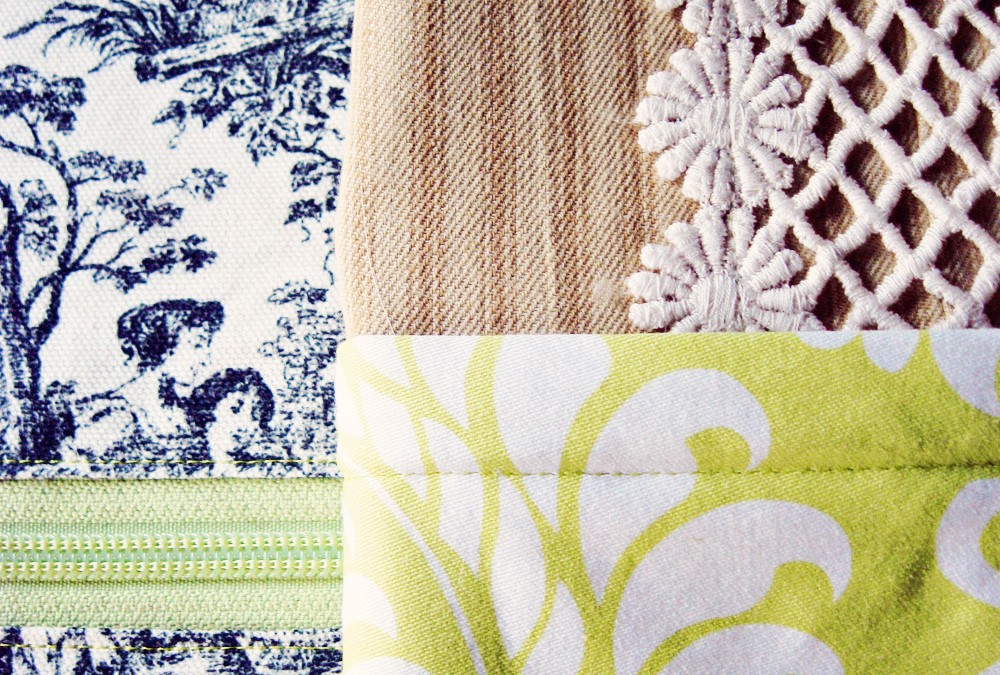 Good morning you test tube-generated-self-replicating molecules. I don’t care if you learn how to sing Puff the Magic Dragon one day, I’m still not acknowledging that you might be alive. And I’m certainly not getting a bunsen burner and some test tubes so you can live at my house. Freaks of not-nature.

I was going to do a ‘what’s on my sewing table’ type post (aka I don’t have anything to post about…) but I realized that what I’m really interested in right now isn’t so much what’s ON my sewing table as much as where IS my sewing table! Here’s the under development sewing space! Mr. Bug finished painting the walls and has two coats of floor paint down – he says we need a third, although it looks fine to me! The floors require 3 to 4 days drying time before moving in, so I’m sure you can imagine how anxious I am! I took the picture this morning sans flash so you could get an idea of what it’s like – the window faces the west, so I think this is pretty good for early morning, western-facing, basement light!

And because I’m a lover of before and after photos, here’s a before….

And a (with flash) after…

Progress! Hopefully I’ll be semi-moved in by next week! P.S. I know well-behaved artificial life forms would DREAM of galumphing around our newly painted floors, leaving your molecule hair and slobber all over the place, but Lucy lacks your sense of decorum, so Mr. Bug built this basset hound shield out of a dropcloth and paint cans. Nice, isn’t it??

Last night I finished cutting out all the ORANGE pieces for my orange and white quilt. I have to admit to feeling a bit miffed because these pictures in no way encompass the tedium of cutting 72 little orange trapezoids** with a rotary cutter and a little plastic template. At least I used the rotary cutter – I was concerned at first that the rotary would slice into the template plastic. Which it DID, a bit, if I wasn’t careful, but it wasn’t like slicing into butter so I had enough time to stop and reorient. Seventy two trapezoids down, 144 triangles to go…

**According to wikipedia, only US english speakers call trapezoids, um, trapezoids. The rest of y’all call them trapeziums, which, in my mind is a way better word. Trapezoid sounds like an large, evil reptile of some sort. Trapeziums sound like fun-loving, acrobatic monkeys. In any case, I couldn’t remember this particular shape name from my elementary school days and my google searches were pretty funny “that rectangle that’s short on the top.”

A sneak peek of something I’m working on for the Etsy shop!

Alright you trapezium molecule fake-life-forms. Continue with your dreams of world domination and developing mouths for the gobbling of donuts and humans. I’m off for the day so it’s sewing and furniture assembling for me!