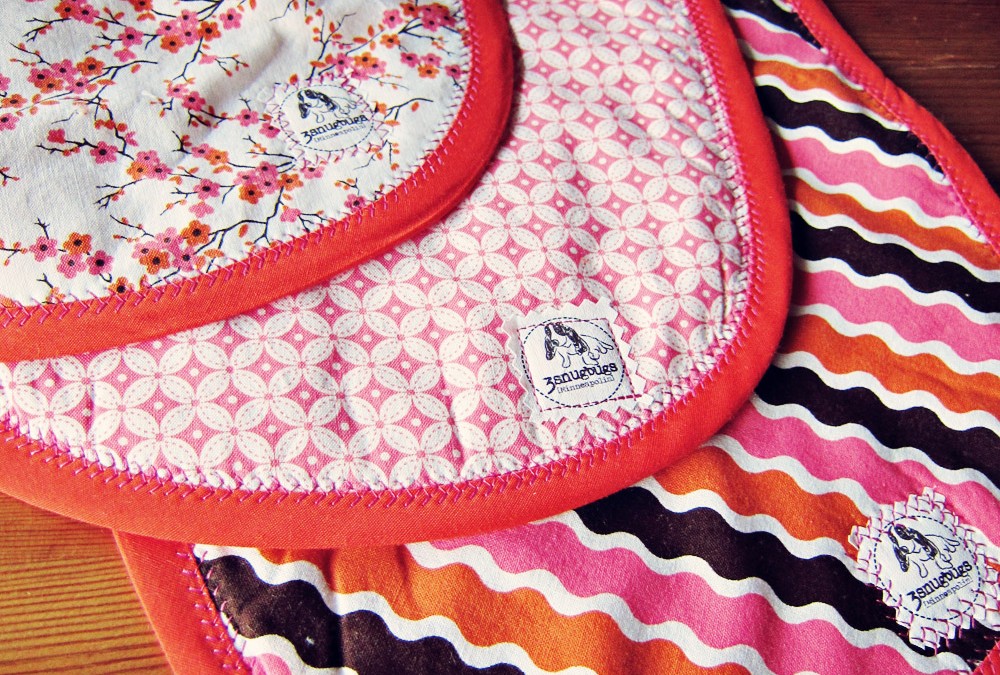 Greetings meow meows and hunting dogs! I’m officially off for Christmas and won’t be going back to work ’til next Tuesday. I still have two and a half gifts to make and my plan is to finish two of ’em in the morning. The last half will likely not get done before Christmas, so one of my loved ones will, alas, be getting half a gift.

I’ll show you a few more prezzies in the meantime. First up, and most exciting (for me, at least. I’m easy to excite) is the man-apron. I just HAPPENED to have 1 yard of oilcloth that looks like wood, so I thought it would make a suitable butcher’s apron for a man-type who enjoys preparing roast beast over an open flame. Here’s a not-very-exciting photo.

I used this tutorial as a guide for cutting out the apron, but made it a bit larger and used my french curve to cut the curve where the arms are. Since it’s oil cloth I didn’t really want to hem it so I just stitched some double fold store-bought bias tape to the edges. I also used scraps for the neck strap, folding and finishing the raw edge with more binding tape.

I had a bit of brown argyle quilt weight fabric lying around which I used to make the waist ties – I had enough oil cloth left over to make the ties, but didn’t think that the thick, slippery cloth would make very good ties. I also added a bit of leather trim to the top of the apron to cover up the stitching from adding the neck strap. Yay!

I also made a few little itty bitty bibs. I actually used a pattern, since I’m shaky on the size and makeup of those slobbering teeny creatures. Here they are in all their pink and orange glory

I’m totally in love with that cherry blossom lookin’ fabric of the top-most bib. Watch for a dress made from that lovliness. I will undoubtedly start jonesing for spring dresses by the end of January.
I felt like the most brilliant bib designer in the history of bib designers because I mixed up the fronts and backs so they CONTRAST. Also, I ignored the instructions and did not slipstitch the bias tape down. Like I have an extra eight hours lying around fro slipstitching bibs. As satisfying as that would be. Instead I stitched on one side of the bias tape, then folded around to the other side and used the feather stitch to stitch the sucker down – it was wide enough of a stitch to cover a multitude of bad- sewing techniques.

But let’s get to the real issue, here. The neck allowance on these bibs seems abnormally small. Unless they are intended to be used as capes for housecats. I SPECIFICALLY purchased a pattern so as to not have to determine the average size of an infants neck.  Here’s a shot showing the teeny neck-holes.

And here’s the pattern envelope… or you could just go to the McCalls site, I suppose.

So what do you guys think? Are babies as teeny necked as this pattern indicates? How do they hold up those giant baby heads?