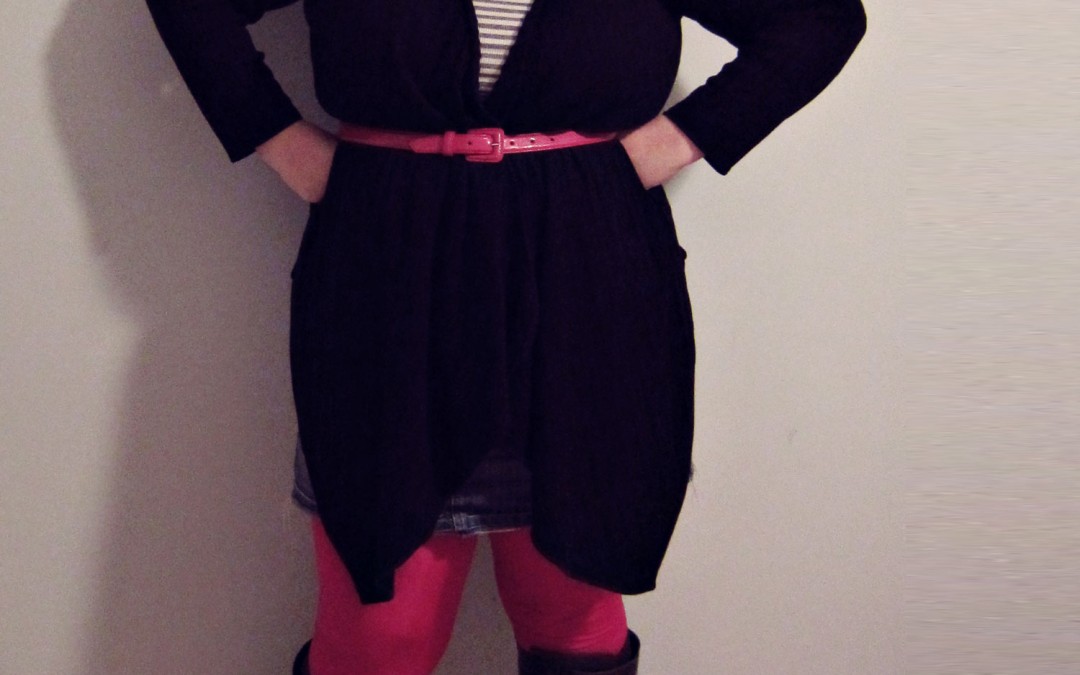 Here, the fashion victim lives out her worst nightmare in which she is walking through the mall and suddenly realizes she has forgotten to put on her pants…

Seriously, folkses, this is one of those psycho hangs-to-the-knees in the front and doesn’t-cover-the-rump in back sweaters. Love the lines in the front, hate ’em in back, so I don’t wear this sweater all that often and when I do, I generally wear with a fairly short skirt, otherwise there’s just too much fabric going on. In almost every single photo I took, it appeared that I wasn’t wearing anything on my lower half but hot pink leggings and Stevie Nicks sweater bits. Hm.