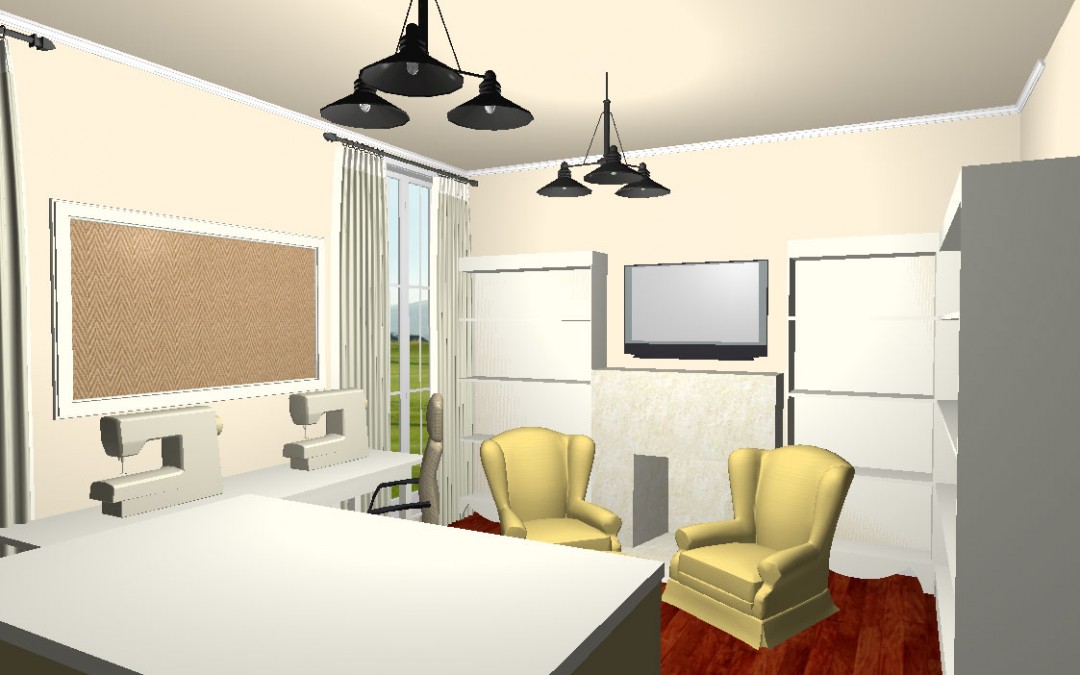 Greetings owls! Hunters of the night and silent fliers. Put down those mouse snacks! I can’t stand watching you eat live mice!

I’ve crawled out of the woodwork to peek around, say hi, and give you an update. Plus, I didn’t want any of you to worry and report me missing to the American Sewing Guild’s governing body. Those nice ladies have enough to do without dealing with yet another false missing person report.

So! Where were we? I can’t remember my last update to all ya’ll, and I’m too lazy to read my own blog, so I’ll start from the beginning. Sometime in late January, we found out my husband’s job was being relocated to the Dallas area. Since then, we’ve been to Texas twice. I’ve looked at about a million seemingly identical brick houses – on the 2nd trip, I went down early and saw more houses than Mr. Bug. He got to come down on the weekend and see finalists. Lucky.

We’ve managed to find a house in Texas. Lord willin’ and the crik don’t rise, it’ll be ours officially at the end of April. At the same time, we managed to sell our little, much-loved south Minneapolis nest to a nice young couple. Lord willin’ and the more northern crik don’t rise, our nest will officially pass into their hot little hands at the end of April. Actually, our closing dates are the same day. We are the masters of timing.

Here’s our new house. If you’ve ever seen the houses in Texas, it might look familiar…

As many of you know, moving stinks. There are SO many details to deal with and selling one house while buying another makes it even more crazy time! I’m having a hard time remembering what we’re doing in which state!

And for any of you who are wondering about MY job, which I only started last August, never fear. My awesome boss has awesomely decided to let me work remotely from Texas. Did I mention his awesomeness? While there’s a lot more details there to work out, it’s a super-relief to have a job lined up. Plus, I really like what I do, so I’m glad to not have to leave the company. Plus, I think I’ll REALLY like working from home. Get ready for some obsessive what-to-wear-when-you-work-at-home posts in the future!

Speaking of obsessive, let’s talk sewing rooms, shall we? I know a couple of you commented and/or emailed me about the loss of my recently put together basement sewing lair. Boo. I love my basement sewing nook! Luckily, when Mr. Bug and I put that together, we kept everything basic, white and movable in case we decided to finish the basement at some point. I wanted to furniture to be super flexible. And here’s something I learned while looking at houses in Texas: why have one living room when you can have three? That’s right. Three. Our new house has three living rooms. On the first floor. Technically, there’s the family room/great room, the ‘game room/den’ and the formal living room. Since Mr. Bug and I have NO interest in getting a pool table, the game room’s not really our thing. And formal living rooms annoy me with their ostentatious lack of use. At least, they annoy me for our lifestyle. I really wanted a house where we’d use ALL the rooms.

So in our version of the house, we’re keeping the family room and using the connected game room as the sewing room. The formal living room is connected to the game room, and that’s going to be Mr. Bug’s playroom. You know, dark shelves, poker table, model trains and various other boy-related furnishings.

Here’s a picture from the real estate listing of my future sewing room. The listing agent get’s a C- (in my book) on her photo taking abilities….

Yes. That’s a fireplace. There’s two in the house. Honestly, that whole ‘everything’s bigger in Texas’ maxim apparently holds some truth. The family room is through the door in the lower right of the photo. Here’s the view looking the other direction. Mr. Bug’s poker room and the front door are through the french doors – and you can see the door to the family room much better!

Obviously, we wont’ be going with the guitar and futon vibe. And I’m hoping we can swap out those startingly light carpets for hardwoods asap – honestly, don’t these people know about basset hounds with their muddy tummies? Lucy’ll have those carpets awful in NO time!

Having nothing better to do (I’ve already modeled out my new home office) I built the sewing room in my Better Homes and Gardens interior design software last night. Here’s what I’m thinking for the sewing room version of this room – first, the view towards the fireplace…

Cozy, right? This sewing room will have to be a bit more cutesy than functional – it’s right on the first floor, after all. And I like having my sewing room as a place to hang out and chat. And may as well take advantage of the fireplace, right? For all those hot Texas nights… The TV is two-birds, one-stone thing. If we put one there, it is totally viewable from Mr. Bug’s poker room as well. Apparently, it’s important that men playing poker watch other TV-men playing poker. While they’re playing poker. Here’s the view going the other direction…

And two more renderings that I think are a little better, but I don’t have any real-life photos from these angles…

I found the following links that were super helpful and inspirational… this sewing room is an adorable, totally a functioning sewing room, but something that I’d be happy to have on my first floor and open to everything. I LOVED this project, especially the hack to make the Ikea Expedit shelving look more traditional. And I thought this idea of leaving out a few shelves to make hanging space in the Expedites was super clever.

So there’s the update! The next two weeks are super busy, but on the 17th the movers come to take away all my things….